Welcome to sunny Westminster, CA. According to the city's Facebook page, top attractions are the Huntington Beach Harley Davidson (which isn't in Westminster [WTF?!?]) and the Westminster Memorial Park and Mortuary.

Anyway, Westminster is in the middle of nowhere, about a 40 minute drive for me. It's the closest flagship. The entire city of Los Angeles is devoid of GW stores. I guess models and failed actors aren't into the hobby. At any rate, Westminster is kinda cool because it contains a large population of Vietnamese that were originally brought over when Saigon fell in 1975.

What these means to me is one thing: damn good food everywhere...Namely Pho (pronounced "fuh"), vermicelli noodle salad and one of the greatest sandwiches to grace the Emperor's green Earth, the banh mi.

So wait, this is a Warhammer 40,000 blog is it not? Patience Fucko, read on and the geek stuff will follow. 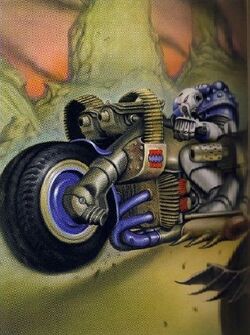 I've been painting my Khorne army for about two years now and, truth be told, I'm growing a little tired of painting all that red and brass. It seems there becomes a point in the painting of an army where it all stagnates and one must shake things up in order to see the work done to the bitter end.

Death and the Possessed Tax 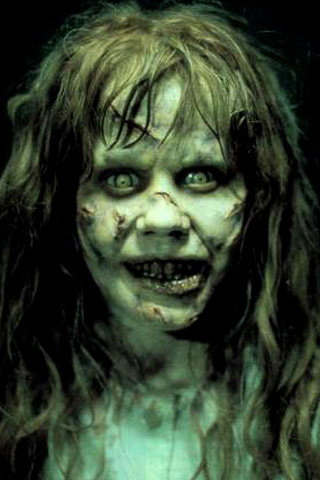 As the old saying goes...There's two certainties in life: death, and the fact that Games Workshop will shit on Chaos Space Marines.

The big boys in blue get their Gladius formation where they get free tanks, free razorbacks even, and old Chaos well, we get a steaming heap of shit called Traitor's Hate.
Read more »
Posted by Justin at 2:01 AM No comments: 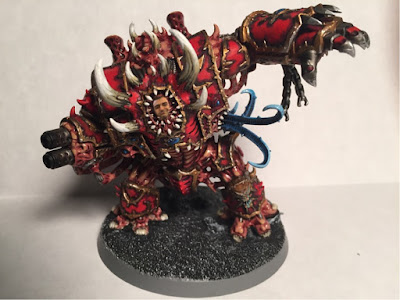 Let's get down to brass tacks here, the helbrute is one of Gee-Dub's best models that has, for no known reason, been given a proper jackboot in the dick. Chaos Space Marines, inexplicably, continue to be the red headed stepchild of the 40K universe. Yada, yada, yada. Yes, I'll have a tall glass of chilled urine...I mean whine...

But wait a minute...There's a glimpse of light down the fudge tunnel...Is that...Is that a FAQ that boosts one of the shittiest units in the game? 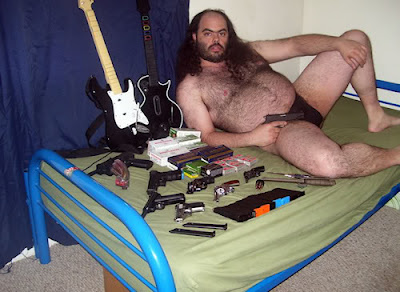 Let's face facts here. Centurions have some stellar rules, but the models...Well, the models aren't so great. They're a bit like the dude in the picture--lots of weapons but look like they've been huffing glade out of condoms for too long...

Yeah, that actually happened. I went with a pal to buy weed from some dudes...This was waaaay back in '98 or so...And when we got there the dudes were huffing glade from the afore mentioned receptacles. In case you were wondering, I didn't partake...
Read more »
Posted by Justin at 3:35 PM No comments: 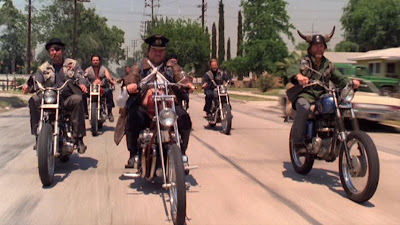 Khorne bikers, the Black Widows of 40K. What does this mean you ask? Is this another obscure reference that will possibly come back and mildly relate to 40K? 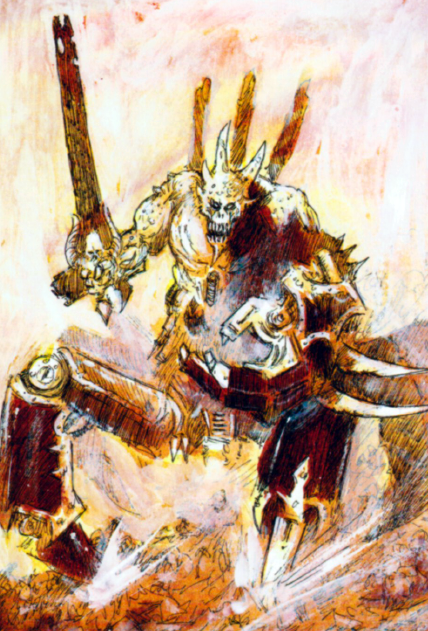 Games Workshop's Soul Grinder was the model that sucked me back in. And by God's balls the vortex really gripped a hold of me like trailer park pussy...There was really no event horizon, just steady, irresistible gravity that would cause Stephan Hawking to drop a hefty load in his diapers...
Read more »
Posted by Justin at 8:45 PM 1 comment: